Kindara has lost its damn mind.  Now hold on.  Calm down.  Before you get your TTC panties in a wad, hear me out.

A good chunk of the women I follow on there have decided to stop temping.  “It’s too stressful!” they say as they watch other  women who have stopped temping get their BFP.  So that must be it.  Temps are the reason these women are not getting PG.  It’s literally preventing them from getting pregnant.  This sounds so silly doesn’t it?  It doesn’t stress me out one bit to shove a thermometer in my mouth at 5AM.  Look I get it.  If temps are stressing you out then stop temping.  You do you, but if you stopped temping because you saw someone else who stopped temping get a BFP, that’s super silly.  The reason I joined Kindara was to chart my cycles.  I was on BCP for over 20 years.  That’s over 20 years of ignorance.  That’s over 2o years of not knowing if there was some underlying problem with my cycles.  That’s over 20 years of not knowing if there was something I could have corrected earlier in my life.  I’m lucky to have found many charts like mine, many women like me who have gotten BFPs.  I never follow charts that don’t have both temps and CM, and I’m afraid I won’t have anything to say about your chart if there is nothing there.  I’m not saying I’ll stop following the no-temp crew.  I’m saying I wouldn’t have followed them to begin with if they were posting empty charts.  How can I form a camaraderie with people if I don’t know how we’re alike?  Beyond our ages and TTC what else do we have in common?  Let your chart show me.

Here’s the thing.  I believe in facts and data, in science and research.  I don’t put any stock in anecdotal evidence.  If six women on an internet chat board say B6 delayed their ovulation, I’m less inclined to believe that over clinical studies that have shown B6 to lengthen the LP.  If two girls got pregnant because they stopped temping, I’m less inclined to believe that over the many many women who have gotten PG due to timing intercourse around ovulation via combined data consisting of temps and daily CM checks so much so that an entire book was written about it.  Everything I do is based on boatloads of research (thanks for that skill advanced ed).  I’m constantly looking for credible sources and not anecdotal evidence.  All the vitamins I take I have researched copiously.  I have considered my options carefully.  My choices are well thought out.  I’m not saying yours aren’t.  I’m asking you if you’ve done your own research.  And no I don’t mean praying to God.  I don’t put any stock in God.  Sorry not sorry if you think that’s harsh.  I don’t believe some old white bearded dude sitting on a cloud controls my fate. 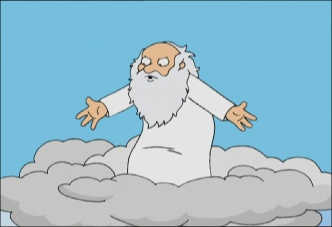 Like Neil deGrasse Tyson, I’m all about the science bitches.  I’d rather be well-informed than be well-liked.

In the end though (meaning when I do become pregnant), I probably won’t be able to pinpoint what exactly worked for me thus I won’t be spreading anecdotes about THE thing that got me PG.  I will tell people what I did.

I will tell them:

There are women out there the same as you.  Seek them out.  You will find them.  No matter where we are in life, I think we tend to gravitate toward people who are like us.  People who have similar wishes, goals, dreams, ambitions.  People who lift you up and offer an ear.  People who truly care.  I care about you, and I want you to be successful in whatever you do.  Stay strong my friends.