We survived the big move out west.  (One of my former coworkers said that, and I found it humorous like we’d be packing up a covered wagon and heading out on the Oregon Trail and decided to call my move as such).

This was my first time moving with a Japanese company (as I hired cheap foreign movers to do my last two moves).  What an experience!  First of all, they move really quickly.  I wasn’t finished packing when they arrived, and I could hardly throw things into boxes before they were itching to take them.  Secondly, some of them were small but really strong.  Like how did you even lift that?!?!  Anyway, they made our lives easier by having things like hanging boxes for clothes (which they packed) and we didn’t have unpack the drawers.  Finally, they wouldn’t let me do much of any heavy lifting.

Moving itself wasn’t really stressful but the unpacking has been hell, and my anxiety has been switched on big time.  First of all, our new house has no air conditioning.  See in Japan, there’s no such thing as central air in houses or apartments, so each house has to be outfitted with one or more wall units.  Now in a smaller house one unit would suffice, but we moved to a much bigger house (about 30 meters squared bigger but also cheaper!), so we opted for two units.  The only problem is the prince, despite being nagged constantly, decided to buy them after we had moved and not before like we has decided to do.  You see Prince Endymion takes a long time to make decisions and usually pressure forces him to make them faster.  That pressure was both of us being miserable in our new house unable to sleep as well as sweating profusely every time we attempted a simple task.  Even though it’s October, it’s still hot and very humid in this part of Japan.  We moved into our new house on Saturday.  I spent the night trying to make order of chaos and did the best I could in such a limited time frame.  That night we both collapsed into bed utterly exhausted.

On Sunday, we spent most of the day at IKEA trying to solve some issues of storage.  See I bought this bed when I first moved to Japan.  It’s the Brimnes bed with storage drawers (if you’re wondering).  It was great until it had to be disassembled and reassembled twice.  The second time two pieces of the drawer sections broke, so we decided to scrap the storage bed and trade it for the Brimnes without storage so we could use some pieces from the 1st bed and save some money and get underbed storage boxes instead.  So the day was spent away from this hot hot house and in IKEA.  Sunday night was back to work unpacking but the prince wasn’t feeling well, so I told him to go to bed.  He slept most of the early evening and woke up right before I went to bed (maybe around midnight).  He stayed up all night or maybe had a nap.  I don’t know.  I was in an Advil PM induced coma.  All I know is that he didn’t sleep in our bed that night.  Monday, I had nothing planned so I spent the day unpacking, organizing, arranging, unpacking, washing dishes, and cleaning.  By Monday night, the house was livable. Not finished, but we could function properly and eat off of real dishes. 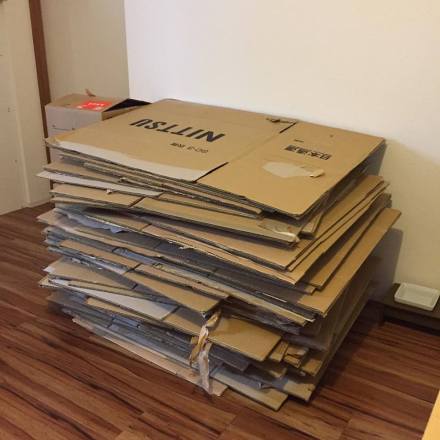 My anxiety tells me, I can’t live in chaos.  It sends my brain in twenty thousand different directions, mulling over every single task, running back and forth between tasks, trying to get things completed before my head explodes.  In the process I’ve suffered numerous bruises, cuts, crashes, and one fall off a ladder.  My shoulder injury (which happened when I was 18) flared up again and there are aches and pains all down my right side, so much for all the hard work acupuncture put in.

Prince Endymion didn’t sleep in our bed last night again either.  I hope it’s just work stress from the new job keeping him up all night and not some recent distaste of me.  The two of us together are spectacularly failing at making a baby.  Too tired.  No sex.  Moving.  Long cycle.  Miscarriage.  No sex.  How do people even have babies?

Today’s my birthday.  Did you know that?  I spent the day not unpacking nor cleaning nothin’.  Instead, I walked to the largest station nearby.  I went shopping in the large grocery store, splurging on cheese, I stopped at Daiso, and I ended at Starbucks to try their new Frapp.  On my way back home, I had Indian food (so close to my house!) for lunch.  It’s been an easy and relaxing day, but I’m really lonely.  The virtual world has been kind to me.  The birthday wishes make me happy, but they make me yearn form some human company which I’m not getting from anywhere right now.  Last night after midnight the first person to wish me a Happy Birthday was not Endymion.  It was my former adored coworker, Motoki.  He gave me news of my old workplace.  First, he said it feels empty and someone else had said the office would be too quiet without me (I have a loud everything).  Then he said the AC hating crazy woman, Nemesis, moved to my desk complaining her desk was too cold.  We actually did a chair swap once, so I could test that theory.  It turns out she’s just full of shit.  Actually, my desk was just in a better location.

Gah!  I’m so lonely.  Five birthdays in Japan and I’ve never been alone on my birthday.  I will try to take a nap and perhaps someone will visit my dreams and so I’ll not have to spend my birthday alone.