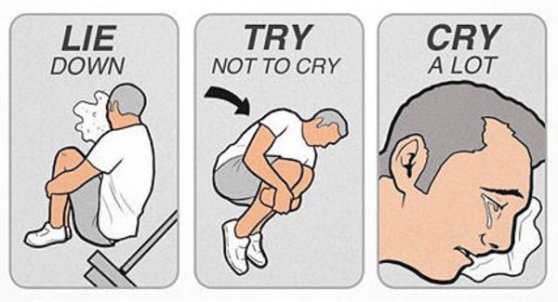 If there was a meme that better describes my day, I don’t know what it is.  Today we ventured to Mamoru’s hometown to have lunch with his friends from college.  Two of them I have met already (and one wife and daughter but the rest of them I didn’t know).  Several things happened today that really upset me.  His friends are nice but they speak Japanese very fast (because of course they’re super comfortable with each other) and they also speak the local dialect (which I don’t fucking know).  At one point one of his friends suggested I should introduce myself in Japanese to everyone since this is my first time with all of them.  I was mortified, and I told Mamoru that I didn’t wanna do it.  I hate being forced to speak Japanese and it makes me clam up like nobody’s business.  Plus, my Japanese is utter shit.  It’s always taken a backburner to my career which I’ve always focuses on first.  One guy from the karaoke Meetup told me hadn’t been here that long and he was fluent (and he said it in such a way that was arrogant as fuck).  He forgets that my brain is almost 15 years older than his spongy brain.  What he said has been eating at me since he said that and I feel like such an epic failure that I have been here 5 years and can barely speak.  What’s more is one time when I had dinner with Demande, he asked to look at my Japanese textbook and I showed it to him and he fucking shamed me saying it was easy beginner shit and he could teach me that (yeah because absolutely anyone can be a teacher).  In the end Mamoru introduced me, and I interjected at times.

The second thing that upset me and practically sent me to the bathroom in tears was that two of his friend’s wives have babies.  I told Mamoru I would happily hold a baby so the mothers could eat.  Once a baby was finally passed to me, she started crying as soon as I took her, so I passed her back to her mother.  Why did this upset me so much?  I don’t know.  Hidden message?  Maybe this baby was like “Who the fuck is this person?  Obviously, this person isn’t a mother.  This person will never be a mother.”  Who knows?  Children always like me.  Always.  I don’t understand what happened there.  Later during the lunch Mamoru asked if I wanted to hold the other baby.  I politely declined.  Meanwhile, all the children were being passed around and didn’t seem to be bothered by any of it.  Also, I had maybe one day of EWCM this month so I’m super worried that this might be the yearly unexplainable long as fuck cycle.  I hope it’s not that and it’s just that I didn’t check it correctly.

Finally, the last thing that bothered me is that the two mothers with small babies didn’t get to eat hardly anything because they were too busy holding the babies and taking care of them.  No one offered to help, not even their husbands.  This is total shit.  I mean I know Japanese mothers are superwomen and don’t need help but fuck, can these women eat even?

All in all, it wasn’t a great day.  I mean Mamoru’s friends are nice but these things just really ruined things for me.  I’m sitting in the dark listening to music, crying, and writing this blog.  I just wanna not do anything else today.  My brain & heart have taken a massive beating today and I’ll be hiding under the covers if anyone needs me.