The alternate title for this was “The 5000 yen war part 2” but “Planet Bullshit” sounded much cooler.

You may remember my previous ¥5000 war with Mamoru.  If not, you can relieve that joy here.  Here’s the long and short of our relationship with money.  Mamoru is very good with money.  I am very bad with money.  That said I usually have little extra of it, and I’ve always lived paycheck to paycheck hoping the PTB or some other miraculous force will be there to bail me out.  I know this is stupid.  I know this is foolish and irresponsible.  However, I’ve always been of the mind that “you can’t take it with you”.  I do, however, love worldly items like technology, books, and clothes (so that’s where my frivolous spending comes in).  I can write that off as I need those things to survive (maybe not in the copious amounts in which I’ve accumulated them but I’m sure you’ve got a peek into my thinking here).  The rest of my money is spent on food and entertainment (ie. karaoke, live shows, and alcohol at said events etc.).  The 6 months I spent going to live shows racked up a healthy balance but they provided me with some wonderful friendships and experiences I hope to remember throughout my lifetime.  That was greater than the cost in my book.  Mamoru doesn’t think that way.  He’s always saving and saving for “the future” which I know is very wise.  My mom is also good at money management like that.  But I have to ask…when is the future?  Is it now?  Ten years from now?  Is it our future?  Is it our (yet to be met) childrens’ future? 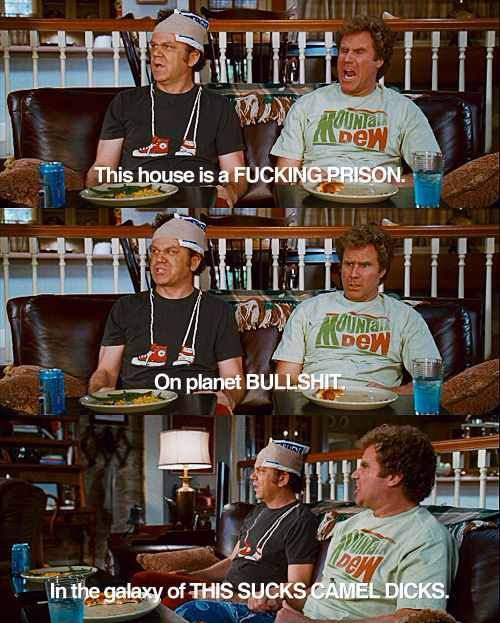 Last night was really bad.  I’m switching offices next week, so I thought I’d bring my work book home with me and finish it here.  It’s The Kite Runner which I found to be a repeated kick in the teeth (so my mood was in the toilet).  A total Debbie Downer of a book.  Nonetheless, I was wrapping it up last night (and feeling way down), and after I decided to clean out my wallet.  I came across a credit card receipt for dinner on Monday with Shingo and Haruka.  Now I should preempt this with Mamoru said I could use the credit card (which is in both our names but he pays for) to buy dinner.  I ran the credit card for 3 people that night (so I could optimize a coupon) and collected cash from Shingo and Haruka.  When I gave the receipt to Mamoru he angrily glared at the receipt remarking “3 people?!?!  3 people?!?!”  I told him he said I could use it.  He said that I could only use it for me (something he did not state beforehand).  I was incredibly shocked and taken aback that he was being so petty.  The bill was around ¥5000.  It wasn’t an exorbitant amount of money, yet he was acting like I had just gone on a ¥800000 shopping spree.  I told him he was being a “fucking asshole” and threw some money in his face and continued to scream obscenities at him while stomping around the house slamming doors and closets (very mature I know), and the only thing he said to me was 「うるさい」which basically means “You’re being too loud.”  Fucking non-confrontational Japanese bullshit.  After that, he went to sleep, and I stayed up.

I sat in the tatami room crying and was still crying when Shingo came home at around 11:30.  I told him what happened, and I said I felt bad about that because he idolizes Mamoru.  He said he can understand how I feel as his dad is like that (a money saving workaholic).  He said that a child doesn’t want money, but time spent with his or her family.  I am of the same mind, but Japanese men Mamoru included feel like they must work their lives away to provide for their family.  お父さん was like this and while growing up Mamoru hardly ever saw his dad.  Shingo sided with me about the money though out of blind devotion due to my allowing him to live in my house for extended periods of time or out of a genuine feeling that Mamoru was in the wrong, I’ll never know.  He brought me a glass of water and sat and talked to me about life, the universe, and everything in an attempt to cheer me up.  Finally, I went to bed exhausted, and Mamoru and I slept like brother and sister sharing a bed crowded as far to the edges as humanly possible.  I’m sure Mamoru will be happy to see Shingo go if for nothing else but so that he can return to sleeping on his beloved sofa.

To make matters worse yesterday evening was the virtual vomit icing on the shit cake that has been this week.  At 5PM when I went to leave Company H, my keys were nowhere to be found, and I had no recollection of where I had put them.  After emptying my 4 bags, and searching everywhere in my purse, I began to panic and started crying.  My coworker was kind enough to help and talked to the office asking if anyone had turned in any keys.  No one had, and literally everyone in the office had gone around looking for them.  With tears in my eyes and panic continuing to mount, I reached into the pocket again and pulled out the keys.  The keys which I swore had not been in the same pocket I had checked at least 5 times.  That was it.  It was the metaphorical straw that broke the camel’s back.  My brain had had enough.  I couldn’t even do a simple task of leaving the office on time.  My messy brain caused my coworker to miss the train that comes once every 15 minutes, and I felt horrible.  Fortunately, it was my most chill coworker, and he shrugged it off while laughing at my dumb blonde joke.

I just can’t right now you guys.  My mental health is so fucking poor.  I want to stab a screwdriver into my brain and use it as an off switch.  I think that would be a very ugly lobotomy.  Shingo offered to stay back today from his planned hiking trip and attempt to turn things around.  I urged him not to cancel (as I’d much prefer the time to myself), and in the end he left about an hour ago.  This weekend is packed to the gills trying to cram in everything on top of everything else before Shingo leaves for what might be a much longer time this time.  I have a freelance meeting today which she just changed the time to at the last minute.  I wanted to say “fuck you no, you can’t do that to me”, but obviously, I need the money.  Then karaoke is tonight.  No time to breathe.  Tomorrow, Small Lady gets her 2nd rabies shot, we’re having lunch with お父さん, going to Costco, and then going to a Meetup.  No time to breathe.  On Sunday, I smartly cancelled yoga, but we’re taking Shingo to the airport, and the Rei and I are going to a live show.  No time to breathe.  On Monday Rei is ditching work, and we’re spending the day together.  No time to breathe.  We’ve got to send Shingo off with a bang, and we’ve got to find Rei a new boyfriend since he upped his douche status by calling her a bitch in public.  No time to breathe.  I’ll jump outside my body and watch as my mental health crumbles.  It’s okay.  I’ll have time to repair it next week.  Shingo will be gone.  Mamoru will undoubtedly return to the sofa.  Life will return to normal.  Be better than me everyone.  Be well.